The Seven Rila Lakes is a group of glacial lakes located in the Rila Mountains. It is the most visited lake group in Bulgaria and is one of the hundred national tourist sites. The lakes are located in the Damg section of northwestern Rila and are located stepped between 2095 and 2535 m asl. They take hollows on the slope of the mountain, with individual lakes connected to each other by small streams. As water flows along these streams, small fountains and waterfalls are formed. The first three lakes - the Tear, the Eye, and the Kidney - drain each separately into Gemini, from which the water flows sequentially through the Trefoil, the Fish and the Lower Lake. In the last two lakes a more powerful stream has flowed, which, flowing from the lower lake, gives rise to the German River (left tributary of the Struma).
Routes to the Seven Rila Lakes

Malyovitsa is the name of a peak in the northwestern part of Rila Mountain, 2729 m high. The name of the summit is related to Malyo voivode - a fighter against the enslaved people, who was reportedly killed somewhere in the Malyovitsa valley. At the foot of Mount Malyovitsa is located the hut Malyovitsa, the starting point for trips to the top.

Borovets is the closest winter resort to Sofia and is preferred as such by the residents of the Bulgarian capital. It is situated at an altitude of 1350 m on the northern slopes of Rila Mountain, 68 km from Sofia, 83 km from Blagoevgrad and 125 km from Plovdiv. The nearest town is Samokov, 9 km away. distance. The ski season usually lasts from mid-December to April. The resort offers excellent conditions for mountain tourism and sports: alpine skiing, snowboarding, cross-country skiing, mountain biking. In addition, at the height of the Rila Mountain - Markudzhik Ski Center, at the height of the season, the snow cover reaches 2 m, which provides exceptional opportunities for extreme alpine skiing and snowboarding.

The Rila Monastery is a Bulgarian Stavropigial Monastery, one of the most significant cultural monuments in Bulgaria, a symbol of the country included in the UNESCO World Heritage List. It is located in Southwestern Bulgaria, Kyustendil District, Rila Municipality. It was founded in the 10th century by St. John of Rila Wonderworker in the upper reaches of the Rila River.

Tsari Mali grad is a late antique Roman fortress and a fortified settlement in Southwestern Bulgaria, Sofia Province, Municipality of Samokov. It is located on the hill St. Spas in Mount Verila, above Belchin village. Archaeologically studied in the period 2007 - 2010. 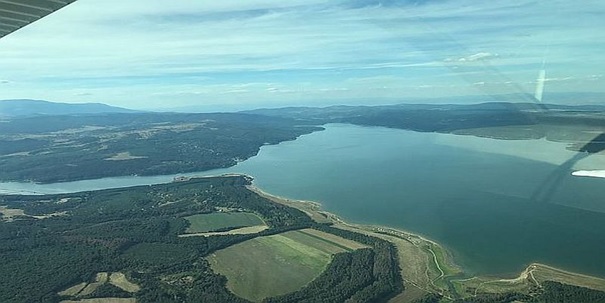 Iskar Dam is the largest dam in terms of area and volume in Bulgaria. It is located on the Iskar River. It is used for the water supply of Sofia, as well as for the production of electricity. It is suitable for fishing as well as practicing many water sports such as surfing, jet skiing, water bike and more.

The Shishmanovo kale was destroyed by the Turks in the late 14th century, an ancient and medieval town, an episcopal center called the "old Samokov", located 3 km south of today's city. On the hill is a cross, a symbol of the Bulgarian faith. The monument has been declared an archeological site of national importance. The place was revered by the population as a battlefield of the last battle of Tsar Ivan Shishman with the Turks and the tomb of Tsar Ivan Shishman. Probably here in 1388, in battle with the Turks, not his king, but his brother Ivan Assen V Shishman, was killed. Shishmanovo kale is the first archeological site mentioned in Bulgarian journalism.

Museum of History On the first floor there are exhibits of Thracian and Late Antique ceramics, discovered in the land of the Samokov village of Popovyan (dated to the 3rd - 4th century) and along the banks of the Iskar Dam (dated to the 1st century BC). In two consecutive halls there is an ethnographic collection of folk costumes from the region and 19th-century urban clothing, slippers, belts and ornaments, dishes, as well as various wooden prints for decoration of fabrics. Remarkable exhibits are the mock-ups of blacksmith's and hammer (called 'self-propelled') whose prototypes were propelled by the waters of Iskar. The exposition on the first floor also features the first printing press of 1828 by the founder of the printing business in Bulgaria, Nikola Karastoyanov.